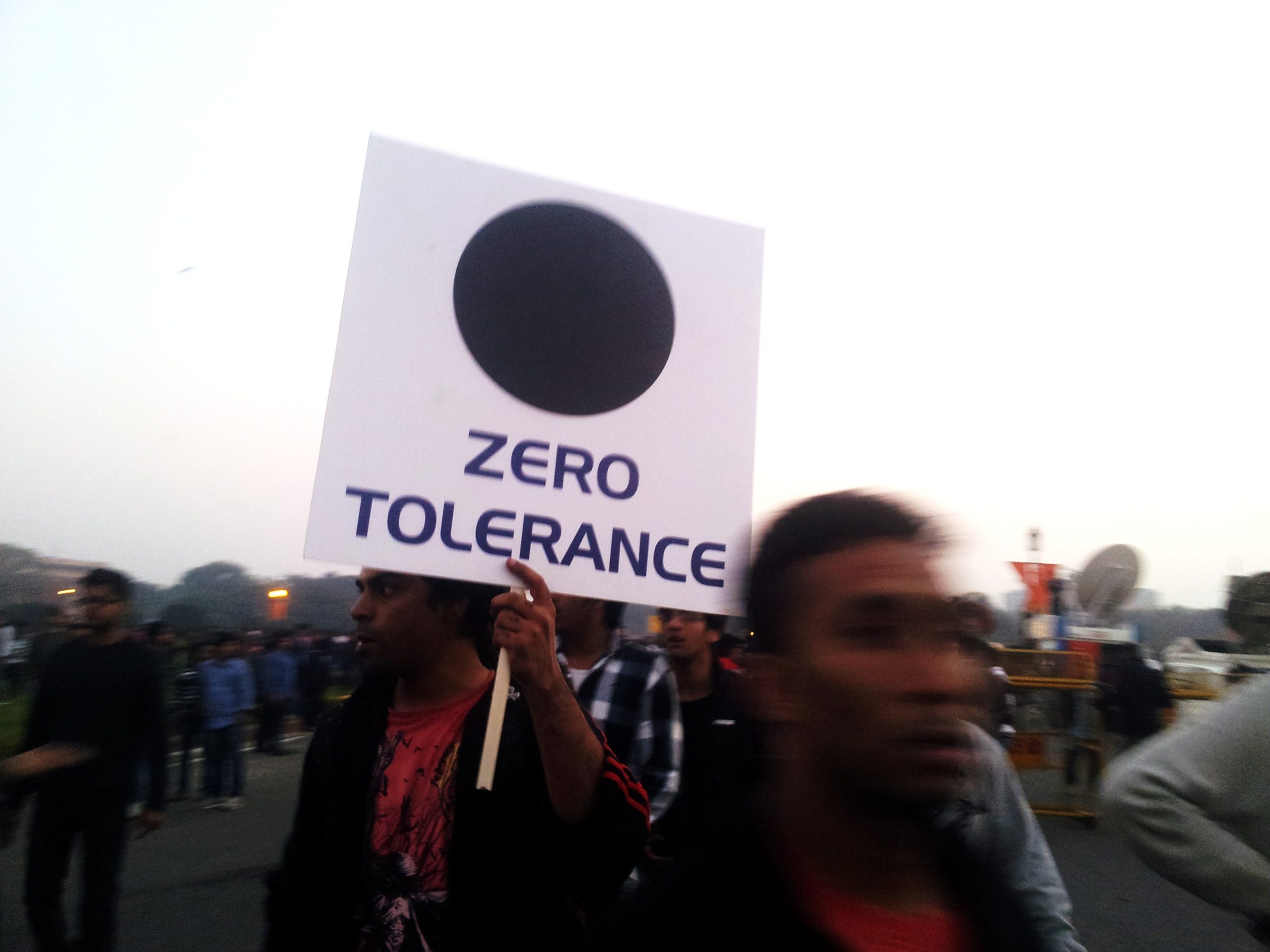 The Government has all the powers to stifle the protest and call for justice that is happening in Delhi, but they don’t seem to have enough power to stop the crimes like RAPE.[i]

I was proud of being a Delhiite till 22-Dec-2012 when for the first time I went to any kind of protest. There were thousands of protesters who did not have any blood relation with the victim, symbolically called Damini [ii], but what that girl has faced touched everyone’s heart. There were many like me who came there not only to support an innocent and wronged girl, but also to demand some sense of security for every girl in Delhi.

Incidents of rape have been going on for a long time now and the government never took any initiative to bring any strict law for this. So now it’s high time the people of India have realized it. I have seen people eve-teasing[iii] in buses and even on roads and markets without any fear of the law. Parents don’t allow girls to go out with a fear of what if anything happens to them. There is insecurity everywhere. No one felt safe in Delhi, and they certainly don’t anymore.

Protesters are now demanding JUSTICE but instead of understanding the emotions and sincerity of the demand, the government and Delhi police are laughing behind those barricades. YES LAUGHING! On 22 December 2012 @ Rashtrapati Bhavan, Raisina Hill I saw government officials coming and laughing at protesters. It seems Police with their slogans of “with you, for you, always” are actually working only to protect politicians. They care least about the aam aadmi[iv]. The worst part happened when they did lathi charge[v] on girls who were protesting peacefully. There were no female police officers in sight. Showing their power by water cannons and lathi charge, beating everyone and then calling ambulance to show media that they care shows their shameful character. Ambulances were a complete show off, without any first aid box, carrying water & biscuits only. They were more concerned about giving water bottles to media people. I felt ashamed and helpless. Me and many of us are now worried more than ever before about the protection for women in Delhi or in India for that matter.

After all these incidents I have questions like:
1. Is this what I voted for?
2. Are my sisters, friends, and female colleague safe?
3. Where will I go if anything happens?

Asking for Justice is not a crime but if you are a part of the aam aadmi then I guess it is!

I wish and hope that crimes like Rape stop forever.

[i] The rape in question is the gang rape of a 23 year old girl. It happened on a moving bus on the evening of 16 December 2012 when the physiotherapy student and her software engineer friend were brutalized by six men, stripped of clothes and belongings and thrown off the bus, unconscious from the torture, several hours later. They are presently recovering in a hospital. See: www.thehindu.com/news/national/delhi-gangrape-victim-narrates-the-tale-of-horror/article4230038.ece
[ii] From the 1993 film about a woman’s fight for justice for a rape victim See: http://en.wikipedia.org/wiki/Damini_%E2%80%93_Lightning and http://indiatoday.intoday.in/story/delhi-gangrape-victim-gets-symbolic-name-damini/1/239237.html
[iii] A euphemism for public sexual harassment of women by men See: http://en.wikipedia.org/wiki/Eve_teasing
[iv]Aam Aadmi: The common man [v]Lathi charge: A controversial tactic used by police men to disperse crowds of people during public order situations. http://en.wikipedia.org/wiki/Baton_charge

Text and Pictures by Manish Khatry.  Manish Khatry is a 20-something year old, self proclaimed day-dreamer from Delhi.